How quickly and how regularly a company adapts its business practices to changes in the overall market conditions can become an important competitive advantage. In an extremely dynamic environment, it may even be essential to survival.

Yet, change can be difficult, demanding and fraught with much insecurity. Change projects are often linked to painful experiences in the past, so that organizations then tend to procrastinate initiating another round thereof. The workforce is left dangling in a state of “coulda, shoulda, woulda …”

Our role is to accompany and empower you and your company to compete on all levels of agile organizational development: We continually mirror your corporate environment and discuss with you what we observe; we throw up some possible hypotheses and conclusions to provoke new ideas; we help you to make reliable and daring decisions; and we spur you on to implement those very decisions quickly and efficiently. 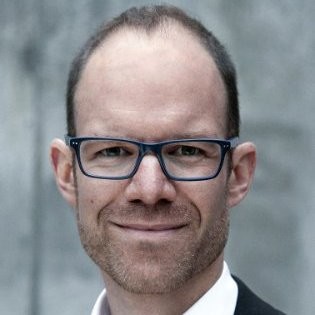 »Up to that point, we had preferred to work without a theoretical superstructure, but now, together with the CCOD (Coordination Circle for Organizational Development), we introduced a very strict metaprocess, so that today every individual employee can highlight structural problems and suggest solutions. We were thus able to bridge the gap between centralized decision-making and allowing input from everyone in the organization.«

At the beginning, we were in a sense trapped, following the switch to self-organization in our corporate leadership. We kept asking ourselves: Do we proceed by introducing fixed structures or do we leave the teams to themselves? Things went back and forth between these two pole positions many times, and to be honest, we had failed to find the proper path to success – some framework that would enable a truly decentralized approach to internal cooperation. The result was chaos, the utter inability to make long-term decisions concerning the future development of the company and to follow up on them.

Up to that point, we had preferred to work without a theoretical superstructure, but now, together with the CCOD (Coordination Circle for Organizational Development), we introduced a very strict metaprocess, so that today almost every individual employee can highlight structural problems and suggest solutions. We were thus able to bridge the gap between centralized decision-making and allowing input from everyone in the organization. Sure, there is still some – at times fierce – pushback at various levels to implementing change, but this resistance is no longer leveled solely at the company management but is more diffuse and thus less destructive – which also avoids conflicts on the interpersonal level.

Initially, the CCOD did produce a formal roadblock or two, but the decisive thing was that the overall circle of people involved in pointing out problems and those involved in solving problems were growing in parallel. Both the internal collaboration as well as the cooperation of some departments with the CCOD grew slowly but surely, so that today many more colleagues are involved in the iterative organizational development process.

Working with Organeers was cooperation in the best sense of the word, close and collaborative, which was important to our whole company culture. It provided the requisite affinity to quickly get to the root of our problems. Organeers was always very focused on solving the problem at hand by presenting well-thought-out solutions backed up by their diverse experiences of what works and what (likely) won’t work. And yet, they remained on the outside looking in, maintaining a neutral consultation position, which came in handy for mediating conflicts that arose between two parties.

We are the consultancy of